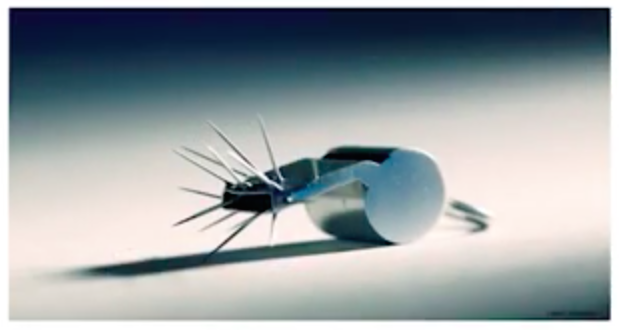 Journalists say sources are less willing to talk because they are afraid of employers. Image by Terry Border

Local journalists don’t know how to protect their social media accounts, or the law regarding sources, and they don’t know what their employers are doing about online security.

That’s the upshot of research that I conducted with dozens of reporters around the UK – and it’s so important I’ve organised an event to tackle it.

Here are some of the key findings…

Over the past year it’s been revealed that UK police forces have been accessing regional journalists’ communications, and at least one local authority has used its powers to spy on journalists meeting an employee: security isn’t just about GCHQ and Edward Snowden.

Social media accounts that have been hacked in the past few years include those reporting on subjects as innocuous as entertainment and the weather, while commercial organisations including Microsoft and Vodafone have hacked journalists’ communications when they wrote about them. This week a journalist was found guilty of helping hackers access a newspaper CMS, causing almost $1m in damage.

But local journalists’ and editors’ perception of the issue is that security is “another planet”, there’s no strategy for protecting branded social media accounts, and it is assumed reporters who routinely need to protect their sources are “usually pretty conversant with that kind of issue”.

Unfortunately, on the whole they are not. More than one experienced crime reporter that I spoke to operated on the basis that police requests to access their sources would come through the newspaper. “They’ve never taken action to gain that information from me,” one said.

But the key thing that I’ve discovered is that networked working practices in modern newsrooms mean that information regarding sensitive stories can still be accessed through communications with colleagues who do not consider security to affect them.

Despite feeling that security issues did not affect them, around half of journalists had made some changes to their behaviour online in the past year.

But a significant proportion of journalists were not even using different passwords for different accounts – one of the most basic security practices.

16% of journalists did not do any of the following: use different passwords, clear their browser history, turn off cookies, turn off geolocation or use enhanced privacy settings on social media.

What are publishers doing about information security?

Despite hundreds of journalists and many editors signing Press Gazette’s Save Our Sources petition last year, there is no indication of leadership or communication from the top on the issue of source protection.

Journalists overwhelmingly said that they did not know what their organisation was doing about internet security. But perhaps more importantly, editors did not know either. “I should know the answer to that,” said one, “and it’s worrying that I don’t.” 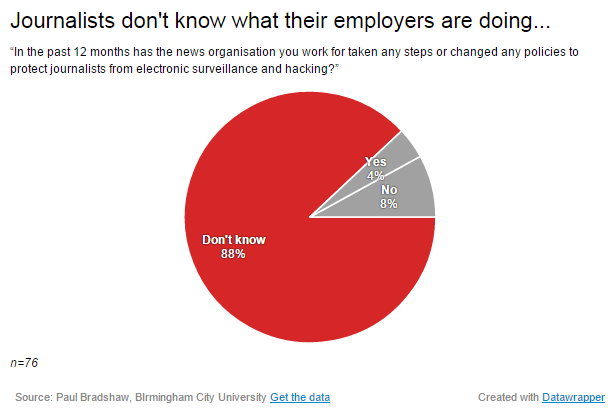 Newsroom processes aren’t set up for modern law and technology

One thing became very clear: newsrooms and work processes are still set up for an analogue world where protecting sources is a reactive process. Discussions about sensitive sources focus on a potential legal defence if approached directly. No processes are in place to anticipate or prevent sources’ identities being accessed indirectly.

Likewise IT policies focus on protecting email – but there is little consideration to securing social media accounts.

And journalists felt unable to advise sources who were unwilling to talk because of workplace surveillance and contracts with ‘gagging’ clauses.

What I’m doing about it

I’ve organised an event to try to begin to address these issues, with people who have been directly affected, experts on law (including employment law) and people who can advise on the technical side. It’s in Salford at BBC in Media City on Friday November 6 – you can sign up here.

8 thoughts on “Research: regional publishers may be risking their sources and their brands”