David Neal (@walruswinks) is a producer and director who has been working in vertical video for years. In a special guest post he tells the story of the ongoing battle over the format, how video makers identified good practice, journalists overcame their dislike of vertical — and how in 2016 advertisers are now coming on board.

Since the dawn of the smartphone equipped with a video camera, and even before, people have been posting vertical video on the internet (see here for a retrospective look).

Initially the format was met with almost universal scorn: in 2012, Bento Box, creators of the Glove and Boots video blog, produced the opening salvo (shown below) in what has become a multimedia struggle over the future, or lack thereof, of vertical video, and from there the gunfight expanded.

Hence the title of this post. You may scoff at it, but there is actually (simulated) gunfire in the piece “Turn Your Phone 90 Degrees” at the 50 second mark, as well as lots of gratuitous violence in the animated video “Flip it Parody“, to say nothing of the explosion at 1:10 in “Vertical Framing Video Essay.” Many anti-vertical video trolls are even more hostile: this is something people feel very strongly about.

So here is that conversation around vertical video, using the very videos that have been created on both sides of the argument, alongside links to written pieces and even a podcast. There’s also a YouTube playlist of all the YouTube videos at the end.

Distributed on the Glove and Boots video blog, VVS (Vertical Video Syndrome), as it is often called, makes a number of specious arguments (“TV and movies are horizontal”, “Our eyes are horizontal” etc.) and ad-hominem attacks (“Your video will suck”, “George Lucas will re-make Star Wars AGAIN”, etc.).

While it is cute and well produced, its tone is vulgar (there are even “cleaned-up” versions, more “suitable for children”). However, it has framed the discussion of vertical video, and is often cited on social media especially on Twitter.

A direct response to VVS, the Vertical Cinema Manifesto was conceived by Dr. Miriam Ross as a student project for Maddy Glenn. To quote Miriam from her blog post:

“The only way to respond to such absurdities (and for many more follow #verticalvideo on Twitter) was with further absurdities: the vertical cinema manifesto.”

For some reason, the second wave of anti-vertical video propaganda focused on song. This is the first of four videos produced in 2013 and 2014 that were musical.

Watch Turn Your Phone! (“No Scrubs” parody) on YouTube.

Posted just a couple of weeks after the first musical anti-vertical video.

This “art school” production is another playful attack on vertical video — with an unusual “solution.”

After producing three vertically framed shorts, Dr. Ross and her collaborators in New Zealand were frustrated with the (lack of) response.

This is the video with gunfire at the 50 second mark and the inspiration for the title of this post. Although there is a lot of hostile talk out there, luckily the harshest thing I have encountered in social media is blocking.

Along with the companion article in Refractory, this is probably the best defence of the vertical video.

Published in late June 2014, it was largely ignored until December of that year when it was listed as one of the top five video essays of the year by Kevin Lee, a major influencer in that space.

Based on that recommendation the video was given a “Staff Pick” by Vimeo and picked up 60 thousand views in the ensuing weeks. To quote Kevin:

“I consider these five video essays to be standouts for how they changed my way of seeing, my attitudes and values towards the moving image.

“Perhaps none did this more than Miriam Ross’ fascinating defense of vertical framing, which totally changed my perspective on this format.”

The timing of this also coincided with the discussion of vertical framing in the journalism community in early 2015. I will return to that after discussing the rest of the videos of 2014.

Flip it Parody: Spin your phone right round and avoid vertical video syndrome (2014)

Plenty of gratuitous violence in this well executed 3D animation, and the last of the musical anti-vertical videos.

Like many, if not all, television video professionals, Robb Westaby has a strong aversion to vertical video. The newsroom often receives video footage of events that the station crew has not filmed. However, in the age of the smartphone, much of it comes in vertical format, which is problematic for them to use.

Robb vents his frustration here, with help of his video editing staff. This piece is a favourite of mine for how playfully they address the topic.

A year later he created a second anti-vertical piece.

Forty-two seconds that changed the world. This video has less than a quarter million views – however, the introduction of the Snapchat Discover channel is probably the most profound event in the course of vertical video to date.

Concurrently with the introduction of Discover, the journalism community held a discussion of vertical framing that was heavily influenced by Snapchat, as we will see/hear in the next piece.

Why vertical video is becoming harder to ignore (2015)

This represented a radical turnaround from former outright rejection of the format by this community and marked some steps towards (grudging) acceptance.

This piece is the first vertical video in the collection! Zena Barakat, formerly a New York Times video editor and currently at the forward thinking firm IDEO, makes a passionate case for the use of the vertical frame. She is also featured in the journalism podcast above.

Vertical Video on the Small Screen? Not a Crime (2015) 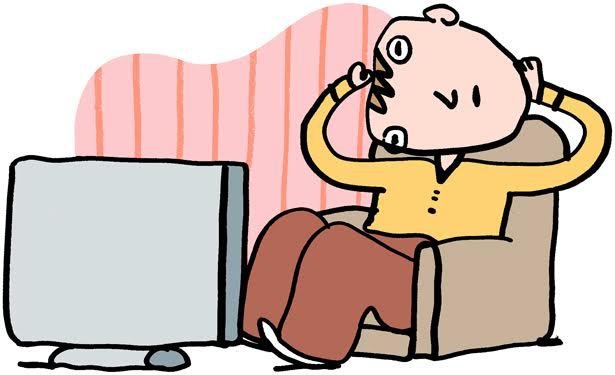 In August 2015, Farhad Manjoo, a tech reporter for the NYTimes, discussed vertical video. Nobody in the arts, movie, etc. NYT staff has anything to say?

Jo Avella, video producer for Business Insider, jumped on the vertical video bandwagon with this video and article in August 2015, alongside this BI article.

Obviously unaware of the history of vertical videos outside of the amateur realm, he focuses on the popularity of apps like Snapchat, Periscope and Meerkat.

Westaby Web Moment: Why are we still using vertical video? (2015)

In October 2015 Robb Westaby reprised his attack on vertical video from a year before. He does show some awareness of the larger discussion of vertical video, including Farhad Manjoo’s article and the First Vertical Film festival. But mostly he points out amateur work.

Watch Why are we still using vertical video? on YouTube.

Produced late in 2015, the senior members of the video production team at Snapchat: Nick Bell, Rylee Jean Epsen, and Ryan Marzolph, discuss some of the philosophy and techniques that they use to produce vertical video for Snapchat.

Note that they do not use the Snapchat app to produce their video, allowing them as well as Snapchat’s Discover partners to produce better quality video than the average Snapchat user can.

Produced in early 2016, the most recent salvo of the anti-vertical video contingent is modeled after a pharmaceutical commercial.

In early 2016 the bulk of the discussion of vertical video occurring is in the marketing and advertising communities. For example, in Media Post by Jason Harris: “How Gen Z Made Me Stop Worrying And Learn To Love Vertical Video” and in Adweek by Marty Swant: “Snapchat Led the Way With Vertical Video. Will Virool Make It the New Standard?”

It is pretty clear that there is about to be an onslaught of vertical video advertising, especially on Snapchat.

The most recent announcement by Snapchat at the Cannes Lions advertising industry conference made that perfectly clear as Adweek reported this week: “Snapchat Launches a Colossal Expansion of Its Advertising, Ushering in a New Era for the App”.

I don’t know about you, but I think I’ll take a chill pill (Landscapia?), watch some vertical video ads on Snapchat, and hope for the best.

Here are 13 of those videos above compiled into a single playlist:

16 thoughts on “Gunfight at the V.V. Corral: the shootout over vertical video”