Instagram should have disabled all filters yesterday. Would have done journalism a great service.

While some news organisations take down paywalls and others help sort hoax images from the genuine article, what role should ‘common carriers’ like Instagram play? Any at all?

Jon Bounds is one of Birmingham’s most established and best-known bloggers. In this guest post, cross-posted from his own blog, he explains why he’s auctioning off that site, the reasons he started it in the first place, and the problems with the ‘hyperlocal question’.

I started Birmingham: It’s Not Shit back in the May of 2002, before there were really such things as blogs in the mainstream and the term ‘hyperlocal’ was not even a glint in an irritating theorist’s eye.

Pretty much everything that’s ever been on it, and definitely everything technical was written or created by me. I’ve had a couple of ‘columnists’ for short whiles and a couple of bits of ‘holiday cover’ but that’s all.

The site was flat, hand coded HTML until I learned of PHP and wrote a simple news updating section. Later I discovered that there wasn’t only a name for such things but software out there to do it more prettily and better.

And now it, or sites like it, are either the future of the media or a disappointment to those that thought they should be.

But, it didn’t start because the media was dying, it started because the media was crap: crap at explaining why people connected emotionally with a place that—when looked at objectively—was a bit shit. Crap at self awareness, crap at understanding real life. The media has changed a little, but mostly the contents have just shifted in transit. END_OF_DOCUMENT_TOKEN_TO_BE_REPLACED

If you’re interested in data visualisation I’m delivering a training course on November 7 with the excellent Caroline Beavon. Here’s what we’re covering:

END_OF_DOCUMENT_TOKEN_TO_BE_REPLACED

Circa news app – image from TechCrunch

Just how dominant can the liveblog format become? In Model for the 21st Century Newsroom Redux I noted how quickly the format has been adopted as a default mode of reporting (for example, how widely the format was being used to report on public sector strikes).

In March 2012 the relaunch of the ITV News website saw the format adopted as the default mode of presentation.

In August The Guardian’s horizontally-navigated Olympics liveblog caught my eye.

Now news app Circa is taking the concept back onto mobile (where most liveblogging starts), and adding a few twists, including push updates. END_OF_DOCUMENT_TOKEN_TO_BE_REPLACED

Google’s guidance on linking has just been updated to include free gifts among the factors that might count against a webpage’s ranking. 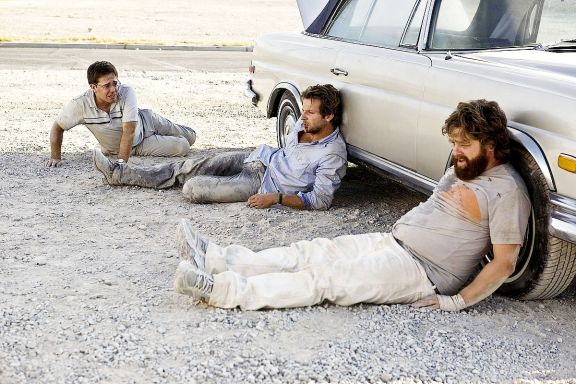 The Hangover – a film from 2009 as well as a term which, coincidentally, can be used as a metaphor for the fact that we’re still talking about the same things now

This week feels very much like 2009. That year I published a post titled ‘How the web changed the economics of news‘, a brief overview of some of the economic factors impacting on publishing which has recently experienced a resurgence of interest thanks to a Kingston University tutor whose students have been asked to review it. Their posts have been illuminating: not much, it seems, has changed since 2009. Many still think journalism is a high priesthood which will continue to thrive.

Meanwhile, Editor and Publisher’s Kristina Ackermann argues in an editorial that “digital first wasn’t enough to keep [Journal Register Co] from sinking back into bankruptcy” because digital didn’t make as much profit as print and, therefore, it should be abandoned. The NUJ New Media blog piles in with “This has never been a strategy for increasing profitability, but rather a strategy for slashing costs.”

Whether you’re working with analytics data on your site or data for a story, it strikes me that certain principles apply to both.

At the PPA’s Digital Publishing Conference recently I talked about 5 of those. Here’s the rundown: END_OF_DOCUMENT_TOKEN_TO_BE_REPLACED

Over at Help Me Investigate Health I’ve just published a bunch of 20 places to keep up to date with clinical commissioning. It’s an example of something I’ve written about previously – setting up an online network infrastructure as a journalist. And below, I explain the process behind it:

If you’re going to start scrutinising a field, it’s very useful to be kept up to date with developments in that field:

Rather than checking a list of websites on the off chance that one has been updated, a much more efficient way to keep up to date on what’s happening is to use a free RSS reader.  END_OF_DOCUMENT_TOKEN_TO_BE_REPLACED

After a short summer break, our Hyperlocal Voices series returns.  In this issue we visit the tiny island South Atlantic island of Saint Helena. Perhaps best known for being the home of an exiled Napoleon, it is frequently described as one of the world’s most isolated islands. At just 10 x 5 miles, and with a population of 4,255 people, Simon Pipe’s St Helena Online, offered Damian Radcliffe an insight into a very different type of hyperlocal site. END_OF_DOCUMENT_TOKEN_TO_BE_REPLACED