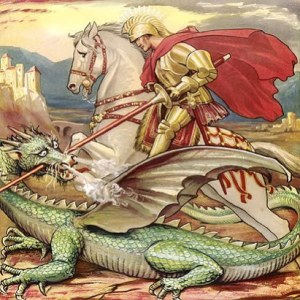 Of all of them the Huffington Post’s takes the biscuit for ‘worst take’. They reckon it’s about a fight between the Daily Mail and The Guardian. Seriously. I suspect a showbizzy intern selected their quote heavy, googled contribution.

A meme in practically all the reports is the role of Stephen Fry. This has now culminated in a Telegraph piece titled ‘Don’t laugh – Stephen Fry is giving the orders now.’

Those, like Fry, who are “deeply dippy about all things digital”, argue that the internet is the ultimate tool of democracy. But it could just be that historians – if they are so permitted – might look back on this period as the moment when the techno-savvy few seized control of the minds of the many.

The blogger Guido Fawkes seems effectively to run British politics. Ashton Kutcher – actor and tweeter with over three million followers: “life isn’t tied with a bow, but it’s still a gift” – is our spiritual leader. And Fry? Well, he’s bigger than both of them.

Where to start? Iain Dale has a lot more blog traffic than Guido. Not sure what Kutcher’s in there for save to keep the ‘celeb’s rule’ idea going (and his Twitter following like that of other Hollywood celebs doesn’t seem to translate to followers automatically watching their shows). And as for Fry?

I was actually dipping in-and-out of the #janmoir Twitter stream yesterday and very, very few of the tweets were Fry Retweets. Sure, his numbers are huge but the ‘Twitosphere’ is far, far, far huger. Presumably far too huge for most journalist’s to get their minds around.

Edited to add: Thanks to to commentator Ian Hopkinson for pointing to some evidence.

Showing it peaking at 11am – @stephenfry first tweet on #janmoir was at 12:27pm.

What the ubiquitous Fry mentions in their reports are about is a journalistic laziness and the ever-present need for a celeb mention. A real piece of good work would be to actually track #janmoir all the way from where the first rock was thrown out to the furthest reach of the ripples.

Such as the excellent American analyst Evgeny Morozov‘s tweet:

notes on the new public sphere: Twitter has shrunk the Atlantic and purely local UK scandals are now global news

That’s why HuffPost bothered putting Gately on the front page – #janmoir was number one or two trending topic when they woke up, and it had that celeb angle they love.

It’s notable that they’ve ignored what it by far the most game-changing event on Twitter this week, #trafigura – something which Gill Hornby in the Telegraph thinks is also down to Mr Fry.

From his palm-top device .. he struck a major blow for press freedom – when the Dutch company Trafigura won an order preventing the press from discussing the impact of its pollutants on the African coast, Fry tweeted the details to his vast audience and the gag was lifted.

“Unlike television consumption, which mostly happens during hours of 8 pm to 11 pm, people across all demographics are watching online videos consistently throughout the day and night, with the exception of dinnertime… this fundamental shift in consumer behavior opens up opportunities… [to] leverage online video to reach target audiences more often than just once a week.”

This week the UK government released a report into social mobility. While mainstream reporting focused mainly on the broad picture, I wanted to read the original government report itself. Which publishers linked to it?

I’ve written and spoken extensively on the importance of linking, but it comes down to 2 core reasons:

Secondly, people will return to your site more often if they know they can expect useful links.

So, get your act together, please what are news organisations doing to address this?

These days any journalist job ad is news, but this one is particularly worth blogging about. The recently formed Investigations Fund has in turn launched the Bureau of Investigative Journalism with a £2million grant from the David and Elaine Potter Foundation, and they’re looking for a Managing Editor.

Here’s the PDF of the job ad. The closing date is actually August 17 and not the 7th as stated in the ad. Although the job ad doesn’t particularly reflect it, the Director of the Centre for Investigative Journalism Gavin Macfadyen expresses a desire for the Bureau to experiment with new media: END_OF_DOCUMENT_TOKEN_TO_BE_REPLACED