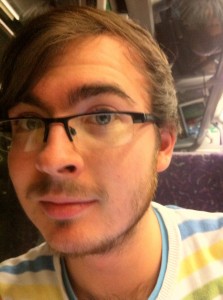 Reviving an ongoing series of profiles of young journalists, I interviewed Leeds university journalism student Jack Dearlove about his work in data journalism. Jack works as a BA on BBC Radio York’s Breakfast show and is also a third year Broadcast Journalism student at the University of Leeds, where he is News Editor for Leeds Student Radio.

How did you get into data journalism?

I started exploring data journalism when I saw how the Guardian was publishing stories attached to the raw spreadsheets on their guardian.co.uk/data blog. I liked the way they could bring a little extra to a story by digging up a big old spreadsheet and letting people play around with it.

I’m really a spreadsheet guy, doing the classic autofilter and then ordering things by the biggest and smallest values and slowly going down each line in the spreadsheet. This can take a while but it’s the only way you can be sure you’ve seen the whole picture.

I’d like to get into ‘scraping’ but haven’t really had the time to play around with it. But any technique that means data that I might not have naturally come across is something I’d love to get the hang of.

How do you use it in your work for the BBC?

I’ve worked for the BBC for nearly 4 years and it’s something i’ve built into my role as my job has changed. It will certainly be something that I use when it comes to future job interviews though, because hopefully it sets me apart from your standard journalist.

I think my colleagues were quite sceptical at first, but I have a very supportive and data savvy Assistant Editor who’s just as keen to use the techniques as I am. So there’s an air of curiosity, as there is in many newsrooms. END_OF_DOCUMENT_TOKEN_TO_BE_REPLACED