In a special guest post for OJB, Vanessa Fillis speaks to AlgorithmWatch’s Nicolas Kayser-Bril about his work on how online platforms optimise ad delivery, including his recent story on how Facebook draws on gender stereotypes.

Kayser-Bril first became aware of automated discrimination when he read about an experiment done by researchers at North Eastern University in the US. Seeing that the analysis could be replicated in Europe, he decided to take a closer look at Facebook and Google’s distribution systems.

“Automated systems are supposed to bring relevant content to the users,” says Nicolas. “And I use ‘relevant’ because it’s the adjective that Facebook uses — and there is a sense that relevant content is determined based on the actions of the users themselves.”

But in reality, everything Kayser-Bril knows about large scale automated systems like Facebook’s news feed hints that their decisions about what to show to an user is based on many different factors instead. END_OF_DOCUMENT_TOKEN_TO_BE_REPLACED 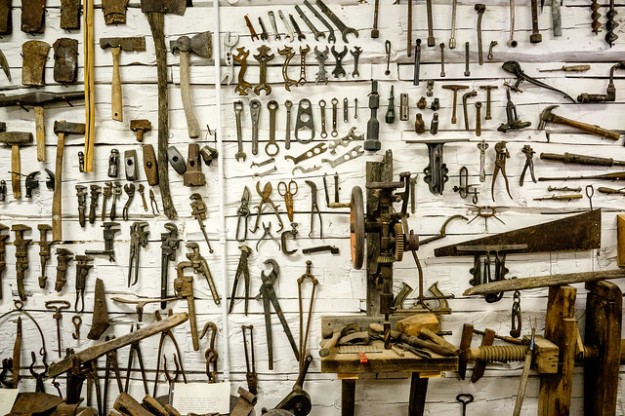 This latest set of frequently asked questions comes from a MA student at Coventry University who is researching Instagram. Their questions revolve around the impact of social media on journalism and Instagram in particular.

How are the new social media apps changing the way journalism is produced, distributed and consumed?

There’s a lot of scope in that question so in breaking it down it’s firstly worth making a distinction between apps (i.e. tools, used by producers to capture, publish and share) and platforms (i.e. a place where content is hosted).

So for example Instagram is a platform that hosts content which can be accessed on a tablet, or on mobile, or a desktop or laptop computer, but can also be published to through an app on mobile or tablet. END_OF_DOCUMENT_TOKEN_TO_BE_REPLACED 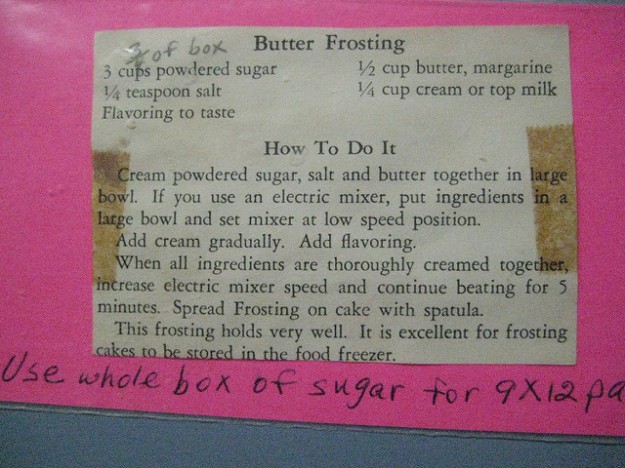 This algorithm has been quality tested. Image by Phillip Stewart

The latest in my series of FAQ posts follows on from the last one, in response to a question from an MA student at City University who posed the question “Do you think that an increase in algorithmic input is leading to a decline in human judgement?”. Here’s my response.

Does an increase in computation lead to a decline in human input?

Firstly, it’s important to emphasise that the vast majority of data journalism involves no algorithms or automation at all: it’s journalists making calculations, which historically they would have done manually. 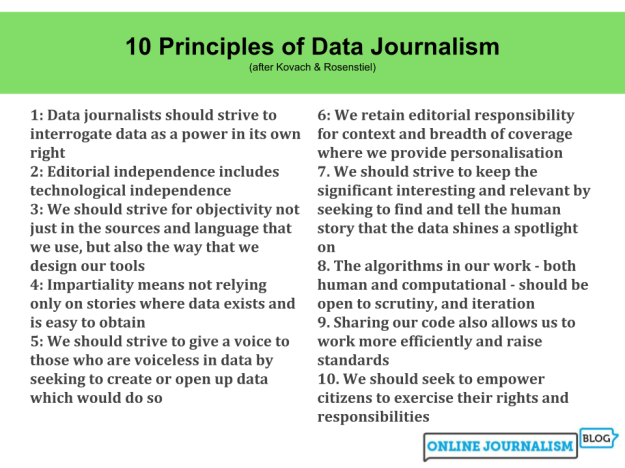 In 2007 Bill Kovach and Tom Rosenstiel published The Elements of Journalism. With the concept of ‘journalism’ increasingly challenged by the fact that anyone could now publish to mass audiences, their principles represented a welcome platform-neutral attempt to articulate exactly how journalism could be untangled from the vehicles that carried it and the audiences it commanded.

In this extract from a forthcoming book chapter* I attempt to use Kovach and Rosenstiel’s principles (outlined in part 1 here) as the basis for a set that might form a basis for (modern) data journalism as it enters its second and third decades.

Principle 1: Data journalists should strive to interrogate data as a power in its own right

When data journalist Jean-Marc Manach set out to find out how many people had died while migrating to Europe he discovered that no EU member state held any data on migrants’ deaths. As one public official put it, dead migrants “aren’t migrating anymore, so why care?”

Similarly, when the BBC sent Freedom of Information requests to mental health trusts about their use of face-down restraint, six replied saying they could not say how often any form of restraint was used — despite being statutorily obliged to “document and review every episode of physical restraint which should include a detailed account of the restraint” under the Mental Health Act 1983.

The collection of data, the definitions used, and the ways that data informs decision making, are all exercises of power in their own right. The availability, accuracy and employment should all be particular focuses for data journalism as we see the expansion of smart cities and wearable technology. END_OF_DOCUMENT_TOKEN_TO_BE_REPLACED 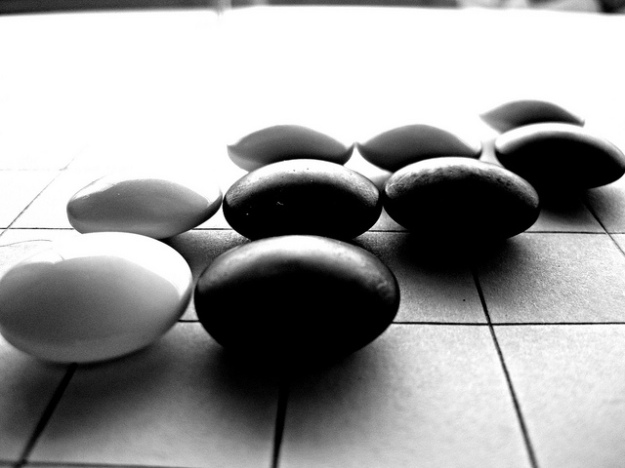 In this second extract from a forthcoming book chapter I look at the role that computational thinking is likely to play in the next wave of data journalism — and the need to problematise that. You can read the first part of this series here.

Computational thinking is the process of logical problem solving that allows us to break down challenges into manageable chunks. It is ‘computational’ not only because it is logical in the same way that a computer is, but also because this allows us to turn to computer power to solve it.

As Jeannette M. Wing puts it:

This process is at the heart of a data journalist’s work: it is what allows the data journalist to solve the problems that make up so much of modern journalism, and to be able to do so with the speed and accuracy that news processes demand. END_OF_DOCUMENT_TOKEN_TO_BE_REPLACED 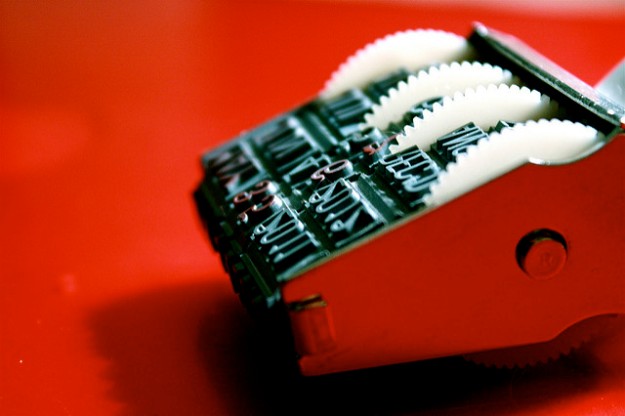 Every so often, an old story finds a new lease of life on a news website thanks to social media and the ‘most read’ stories panel. In the wake of the Paris terror attack, for example, social sharing caused a story about an attack in Kenya to begin trending — many of those sharing it didn’t realise that it had happened seven months earlier.

The problem is a symptom of the permanence of digital information. Old newspaper stories and broadcast bulletins never had to deal with this problem — but those organisations do now.

This week the problem recurred during the UK election campaign, as a video clip of Labour leader Jeremy Corbyn from last November began trending on the BBC website too. END_OF_DOCUMENT_TOKEN_TO_BE_REPLACED

As the UK worked through the aftermath of the vote to leave the European Union, Tom Steinberg found himself frustrated. “I am actively searching through Facebook for people celebrating the Brexit leave victory,” he wrote. But to no avail. He called on his friends in the technology industry to act on this ‘echo-chamber problem’.

An appeal to everyone I know who works at Twitter, Facebook, Google etc, and for the people who influence them pic.twitter.com/TRBTbZHrxG

A day later someone else I know – a former journalist now working in the tech sector – expressed the same frustrations — on Facebook, naturally. It seems we have a problem.

At the time of writing Steinberg’s tweet has been retweeted almost 4,000 times. Clearly there is a desire for connection – and yet…

Why are they making the demand of social media companies — and not news organisations? END_OF_DOCUMENT_TOKEN_TO_BE_REPLACED

This latest post in the FAQ series answers questions posed by a student in Belgium regarding ethics and data journalism.

Q: Do ethical issues in the practice of computational journalism differ from those of “traditional” journalism?

No, I don’t think they do particularly – any more than ethics in journalism differ from ethics in life in general. However, as in journalism versus life, there are areas which attract more attention because they are the places we find the most conflict between different ethical demands.

For example, the tension between public interest and an individual’s right to privacy is a general ethical issue in journalism but which has particular salience in data journalism, when you’re dealing with data which names individuals.

I wrote about this in a book chapter which I’ve published in parts on the blog. END_OF_DOCUMENT_TOKEN_TO_BE_REPLACED