In July an aggregator of data journalists from Spain and Latin America was launched under the name Periodista de Datos. Four months later, Maria Crosas Batista interviewed Félix Arias, project lead with Miguel Carvajal, to find out more about how the project came about — and where they plan to take it next.

Satisfying a need for up-to-date information in one place

This project came as the result of a specific need of journalists (and professors) driving the Innovation in Journalism MA (MIP) at the Miguel Hernández University (Elche, Spain).

Félix and Miguel were looking for a tool to use in their lessons that could show the potential of data journalism, as well as outstanding projects, to their students. END_OF_DOCUMENT_TOKEN_TO_BE_REPLACED

Bombings in Barcelona in 1938 (Image by Italian Airforce under CC)

In a guest post for OJB, Carla Pedret looks at a new data journalism project to catalogue what happened during the Spanish Civil War.

125,000 people died, disappeared or were repressed in the Spanish Civil War (1936-1939) and during the Franco dictatorship, according to historians. Many of their families still do not know, 40 years later, what exactly happened to them.

Now the Innovation and Human Rights (IHR) association has created the first central database of casualties, missing persons and reprisals during the Spanish Civil War and under Francoism.

END_OF_DOCUMENT_TOKEN_TO_BE_REPLACED 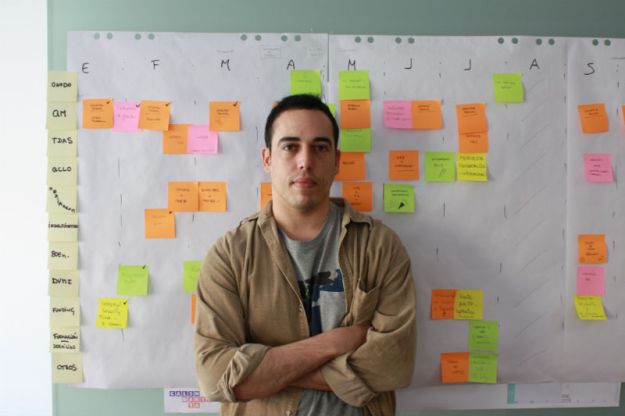 Spanish citizens are now a step closer to understanding how power operates in the country, and how decisions affect them, thanks to the work of organisations like Civio fighting for transparency and access to public data. In October their work was recognised with the Gabriel Garcia Marquez award in innovative journalism for their investigations Medicamentalia. In a guest post for OJB, Nuria Riquelme Palazón spoke with Javier de la Vega, one of the members of Civio.

Access to public information, accountability and participatory democracy may have been a reality in many countries for some time — but in Spain they sounded like a utopia. Entrepreneur Jacobo Elosua and computer technician David Cabo decided that this had to change.

The pair used their savings to build an organisation with the intention of serving those active citizens who, like them, believed in transparency: Civio Foundation.

Taking inspiration from organisations like mySociety in the UK, Ciudadano Inteligente in Chile and the Sunlight Foundation in the USA, they began the long process in 2011. END_OF_DOCUMENT_TOKEN_TO_BE_REPLACED

Looking across the comments in the first discussion of the EJC’s data journalism MOOC it struck me that some pieces of work in the field come up again and again. I thought I’d pull those together quickly here and ask: is this the beginnings of a ‘canon’ in data journalism? And what should such a canon include? Stick with me past the first obvious examples…

These examples of early data visualisation are so well-known now that one book proposal I recently saw specified that it would not talk about them. I’m talking of course about… END_OF_DOCUMENT_TOKEN_TO_BE_REPLACED

Cross-posted by Silvia Cobo from her blog.

Eduard Martín-Borregón is a freelance journalist based in Terrassa, a town 30km from Barcelona. The media landscape in this city is quite small: a local newspaper without a website, some local public radio, one local TV station and couple of websites. In contrast, the city have a lively amount of bloggers.

During the last election campaign Eduard wanted to show that was possible to make an informative project connecting politics and citizens, even without big resources: “8 years ago it would have been unthinkable that a single person could do this.”

And so he launched 5x55terrassa.org.

The idea of the project is simple: 5 questions to 55 people from Terrassa. 55 video interviews with different people about the present and future of Terrassa divided on 12 different areas.

The local elections took place on the 21th May. He published the interviews on 5x55terrassa.org daily between March 7 and May 20, using publishing platforms including Tumblr and Vimeo, and social media platforms such as Twitter and Facebook to promote the project.

The result is a mosaic of people’s lives, a picture of those who, in many different ways, make up the city.

But Eduard wanted to go a step further. He had many hours of good quality video interviews with different people from the city. What to do? He decided to transform all this video in a documentary, to be premiered – he hoped – at one of the city’s cinemas. Would people pay to have this document on DVD?

And that’s where the online crowdfunding platform Verkami comes in.

The aim was to cover the cost of publishing the story on DVD. Eduard needed 500 euros and asked for this money on Verkami, offering different ways to sponsor the project, purchasing the DVD and getting a ticket for the cinema release in Terrassa.

He collected the money in 40 days, with 32 people participating.

Eduard is now preparing the script. He says the experience has given him more knowledge about social platforms and the boundaries and narratives that work best online. He admits that the project has also given him greater visibility as a journalist online and in the city of Terrassa.

Ahead of speaking this week in Barcelona, I spoke to a few people in Spain about the situation regarding open data in the country. One of those people is Ricard Espelt, a member of Nuestracausa, “a group of people who wanted to work on projects like MySociety [in Spain]”. The group broke up and Ricard now runs Redall Comunicacao. Among Ricard’s projects is Copons 2.0: an “approach to consensus decision making”.

This is what Ricard had to say about the problems around open data, e-democracy and bottom-up projects in Spain:

I think there are three points to bear in mind when we to try to analyse how the tools are changing politics & public administration:

Spain, like other countries, has been developing all these points with different levels of success. END_OF_DOCUMENT_TOKEN_TO_BE_REPLACED

I come from Argentina, where the government isn’t obliged by law to give away public information to citizens or NGOs that request it. There are, though, some access-to-information projects ready to be discussed in Congress in the next few days. Still, this is why I’m always amazed by all the open data initiatives in the USA and UK. 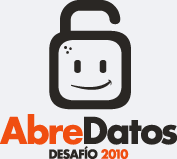 But now I can show you an open data project from Spain called Desafío AbreDatos, organized by the ProBonoPúblico association and supported by the Basque Government.

AbreDatos 2010 consists of two days’ programming by groups of 4 developers building websites, apps, widgets or mashups with at least one source coming from a public organization in digital format (APIs, XML, CSV, SPARQL / RDF, HTML, PDF, scanned images). Many of those sources can be found in datospublicos.jottit.com.

Of course the initiative wants to encourage the opening up of public data and transparency of administrations, and some of the projects are very interesting (my favorite is a website that shows if Congress staff really earn their salaries).

One to keep an eye on.

The journalist and photographer Javier Bauluz is the only Spanish winner of the Pullitzer. He has published a preview of his next project, focused on journalism and human rights, at periodismohumano.com.

“The responsibility of the crisis: the greed of a few and the lack of controls from whom should control them, the representatives of the people and the toxic journalism that reports the reality only in terms of the media corporations’ political and economic interest”.

Such is Bauluz’s view of the current media crisis.

He then describes a picture well-known to anyone who has ever worked in big media: “There are more and more tired journalists, many hostages in their newsrooms, doing and saying what they’re told”.

With this perspective in mind, Bauluz thinks that the only solution to reconstruct journalism is for groups of colleagues to get together and organise online, supported by citizens, foundations and philanthropists. So we can say that non-profit journalism is not only an American or English idea.

“First it was an option, now it’s a need,” argues the Pulitzer prizewinner.

Using the WordPress platform (and its open source benefits), periodismohumano.com will see daylight in the following weeks with the Universal Declaration of Human Right as their only flag and with all content available in all possible formats:

When I translated the sixth part of the Model for the 21st Century Newsroom into Spanish, I learned some of the new roles for journalists in news organizations.

Now I have the chance to write about a new role for digital journalists thanks to my Argentinian colleague Alvaro Liuzzi, who recently visited Spain to interview some of the directors of national news websites for his documentary on Hispanic online newsrooms (Argentina, Peru and Spain).

The Editorial Director of 20minutos.es, Virginia Pérez Alonso, told him about a new position they created to permanently control the long home page of the site to make sure everything is correct (links, images, headlines) and to track the most popular stories in each column, using their own software that shows real time stats.

They call this new position the “Portadista” (Portada is Spanish for home page). This is how it works in the newsroom:

Like in the music or art fields, we, the Spanish-speaking people, allways look to the Anglo-American world to see what the new trends and innovation about digital journalism are (and laugh when Rupert Murdoch opens his mouth).

But now we can show our own example of a news site that tried to survive in this ecosystem and… died. But it’s all about trial and error!

I’m talking about Soitu.es, which closed its highly-regarded doors after 22 months of life. Of course, its demise had a strong impact in the blogosphere, its increasing traffic more than 10% in the last month.

This Spain-based news site was born in the wrong way, trying to show off with an enormous and fancy newsroom of almost 40 people, in times when the bet must be low-cost. The correct path is to start with a smaller staff and try to grow when the cash starts flowing in. Instead, Soitu.es made an alliance with the BBVA bank, that soon came to an end when they didn’t see the profitability, taking the whole project down with them. Its Director, Gumersindo Lafuente, blamed the financial crisis – as expected – after he spent money on their own CMS and ad server instead of using the great open source options available.

With this experience in mind, David De Ugarte came up with a few key points to make your news site a sure failure: