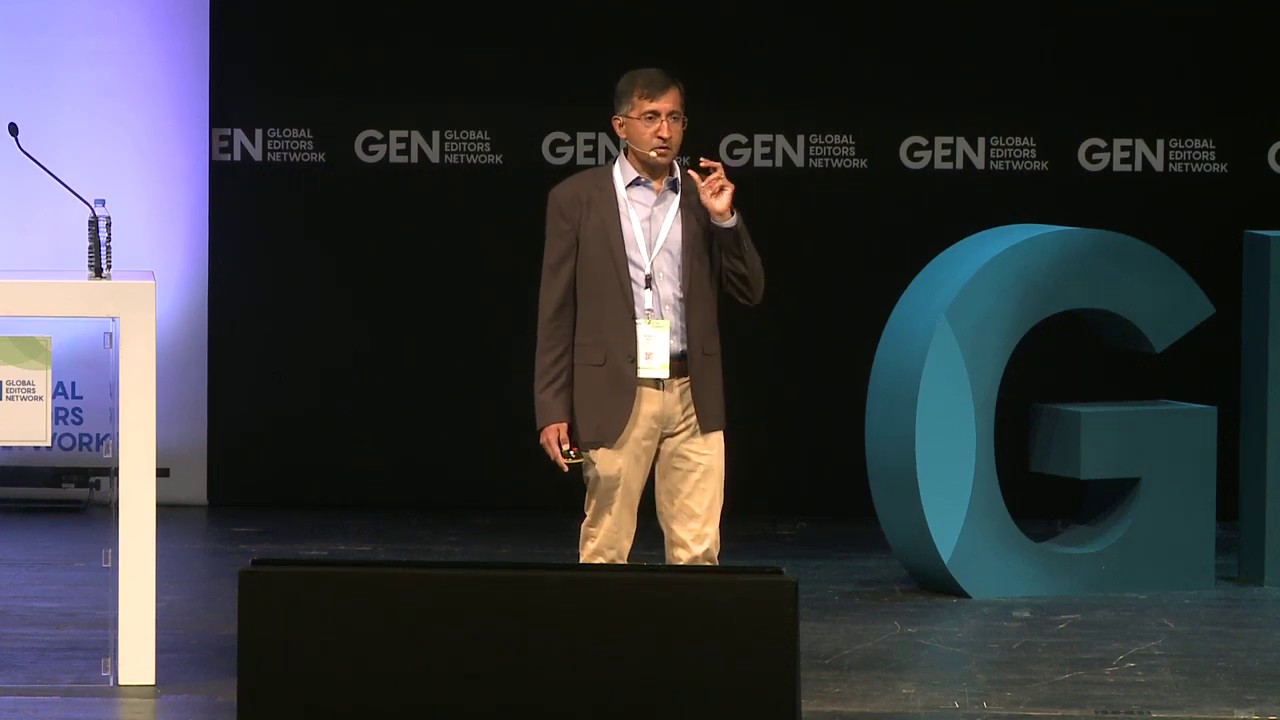 This year’s Global Editor’s Network (GEN) Summit, in Athens, Greece, had a big focus on the use of verification and automation. BBC News data scientist and PGCert Data Journalism student Alison Benjamin went along to see what was being said about artificial intelligence (AI), data and technology in the news industry. Here are her highlights…
END_OF_DOCUMENT_TOKEN_TO_BE_REPLACED

As 2018 comes to an end, in an extract from the introduction to Mobile-First Journalism I look at how the past few years have shaped the current face of mobile and social-native journalism — and what that means for its future.

The mood around mobile and social changed dramatically in 2018. To those working in the field, it could sometimes feel like being caught in the crossfire of a battle. Fake news, Russian trolls, concerns over filter bubbles and hoaxes, censorship, algorithms and profit warnings have all shown that the path to mobile-first publishing is going to be anything but an easy one.

Like any new territory, the mobile landscape is being fought over fiercely. But take a step back from the crossfire and you will see that different actors are fighting over different things, in different ways: and there isn’t just one battle — but three. END_OF_DOCUMENT_TOKEN_TO_BE_REPLACED

My new book — Mobile-First Journalism, with Steve Hill — is published this week.

The book tackles various aspects of the new wave of mobile-centred publishing, from “mojo” techniques and creating mobile apps to native content and visual storytelling.

Along the way we also looked at the new critical issues raised by the shift, from strategic decisions involved in platform publishing, to fake news, trolling and verification.

It’s been a timely book — building on my experiences of designing the new MA in Multiplatform and Mobile Journalism at Birmingham City University (with some of the first students’ work inspiring parts of the book) — and fun to write.

A few weeks ago the second edition of the Online Journalism Handbook was published. Two years in the making, it was more than just an update of the first edition — it was an almost complete rewrite (and 50% longer). The changes since that first edition in 2011 highlight just how the industry has changed in those six years — here are just a few of the things that I noticed when I looked back…

Blogging: “If you strike me down, I shall become more powerful than you can possibly imagine”

In the first edition of the Online Journalism Handbook a whole chapter was devoted to blogging. In the new edition the chapter is gone. Does that mean that blogging is dead? No. It means that ‘blogging’ is now so ubiquitous it has become almost invisible. END_OF_DOCUMENT_TOKEN_TO_BE_REPLACED

Every year Nic Newman asks a bunch of people for their reflections on the last 12 months and their anticipations for the year ahead. Here’s what I’ve said this year — as always, to be taken with significant doses of salt.

Perhaps the sheer number of significant developments (compare the posts for 2015 and 2014). It was the year when bots went mainstream very quickly, and platforms took further significant steps towards becoming regulated as publishers.

It was a year of renewed innovation in audio. 2016 saw the launch of a number of new audio apps, including Anchor, Pundit, Clyp and Bumpers.fm, as various companies attempted to be the ‘Facebook of audio’. The only problem: Facebook wants to be the Facebook of audio too: at the end of the year they introduced live audio. END_OF_DOCUMENT_TOKEN_TO_BE_REPLACED

From The Æsop for Children, by Æsop, illustrated by Milo Winter

Goodbye 2016, the year of The Boys Who Cried Wolf. Not just a year of ‘fake news’, but something more: a crisis in people’s ability to believe anything.

To explain what I mean, you need to go back to 2003, when Salam Pax, the ‘Baghdad Blogger’, was posting updates in the middle of the Iraq War. While some questioned whether he was really based in Iraq, that debate was relatively limited by today’s standards. It was a manageable doubt.

The boys who cried wolf in Aleppo

Cut to Aleppo in 2016 and you see how things have changed. Bana Alabed is perhaps Aleppo’s ‘Baghdad Blogger’: a Twitter account about the experiences of a seven year old Syrian girl, maintained by her mother.

But she is not alone: the number of voices speaking from the ground has proliferated… END_OF_DOCUMENT_TOKEN_TO_BE_REPLACED